Dylan Dubeau, Creator of Animalogic and Digital Video Producer for Blue Ant Media, explains how publishers of all sizes can use YouTube to develop large audiences of engaged superfans. 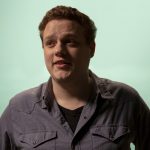 Find out how print and YouTube audiences differ, plus secrets to making great YouTube content. While big brands like Vanity Fair, Vogue, and Wired have access to celebrities and large budgets, this webinar will introduce you to individual creators who have succeeded with more limited resources.

Dylan Dubeau is the Creator of Animalogic (nearly 1 million subscribers) and Digital Video Producer for Blue Ant Media. He writes, edits, shoots, produces, animates, and occasionally hosts videos for the YouTube channels and Facebook pages of Animalogic, Cottage Life, A.Side, Love Nature, Cottage Life DIY, Gameza and Makeful. He also writes, shoots, edits, and produces a YouTube series called Not Exactly Normal, which is all about how history, video games, movies, television, and the internet all collide in this unusual world we live in.

Publishers offer print media and they offer digital media, but what if you could combine print and digital media in the same product? 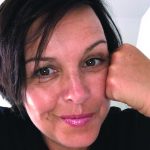 Enter Augmented Reality (AR), which enables readers to unlock additional content behind a printed page, or spurs them to respond instantly on a subscription or other offer, through their smart phones or tablets. Join us as Nicky Middleton, founder and publisher of award-winning Brainspace magazine, an interactive magazine for kids, explains how AR can bring static editorial and advertising print pages to life with animation, video, shopping and other digital tools.

With more than 30 years of experience in both editorial and advertising design, Nicky Middleton has worked with both corporate clients and independent businesses. She became a leader in the innovation cluster of publishing by creating the first children’s magazine that uses augmented reality throughout its editorial content. In her six years of working with augmented reality, she has gained valuable insight. “In order to progress the monetization of interactive print, we need to promote reader familiarity with the technology throughout our editorial,” Nicky says.

TOK Toronto, a free three-day symposium for writers and readers that will take place September 20-22, 2019. TOK, is the digital magazine for the non-profit organization Diaspora Dialogues which publishes fiercely honest, freshly original writing from our cities, and from around the world.

Day One will take place at the Heliconion Hall and include new workshops for emerging authors about pitching to agents and publishers. These sessions will be taped for later podcasts.

Day Three we will have two panel discussions for Word On The Street Toronto at the Harbourfront Centre – Toronto Book Awards Tent. Writing While Black in CanLit and Writing In The Age of #MeToo.

All events are free but registration is required.