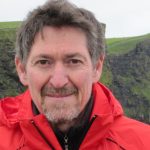 How Do They Know That? Verifying Claims in the Age of Fake News: You don’t need to be a scientist to take a scientific approach to identify misinformation and disinformation. Amid the flurry of press releases, pressure to publish and time crunch that publishers face daily, a healthy dose of skepticism can be a valuable tool for magazine media to tell the difference between the truth and fiction dressed as fact.

On Wednesday, September 18, at 2 pm (ET), join Jim Handman, Executive Director of the Science Media Centre of Canada, as he talks about the importance of skepticism and critical thinking as a strategy to assess information online. This webinar will highlight the most important questions you should ask. He will help you learn about tools and resources that can help as you navigate the online environment.

Jim Handman is Executive Director of the Science Media Centre of Canada. Before joining the SMCC in 2017, he spent 17 years as Executive Producer of the award-winning CBC Radio science program, Quirks & Quarks.  During that time, Jim won numerous prizes for science journalism, including the prestigious Walter Sullivan Award from the AGU. He has also taught broadcast journalism at Ryerson University, was Science-Writer-in-Residence at the Journalism School of the University of Wisconsin-Madison and was the CanWest-Global Fellow in Media at Western University, where he taught a graduate seminar in science journalism.

Jim is a frequent speaker on the topic of science and the media and also conducts training workshops in communications for scientists in Canada and the US. He most recently gave his SciComm presentation to science graduate students at McGill, Western, and McMaster Universities.

This webinar is presented as part of the Age of Disinformation project.