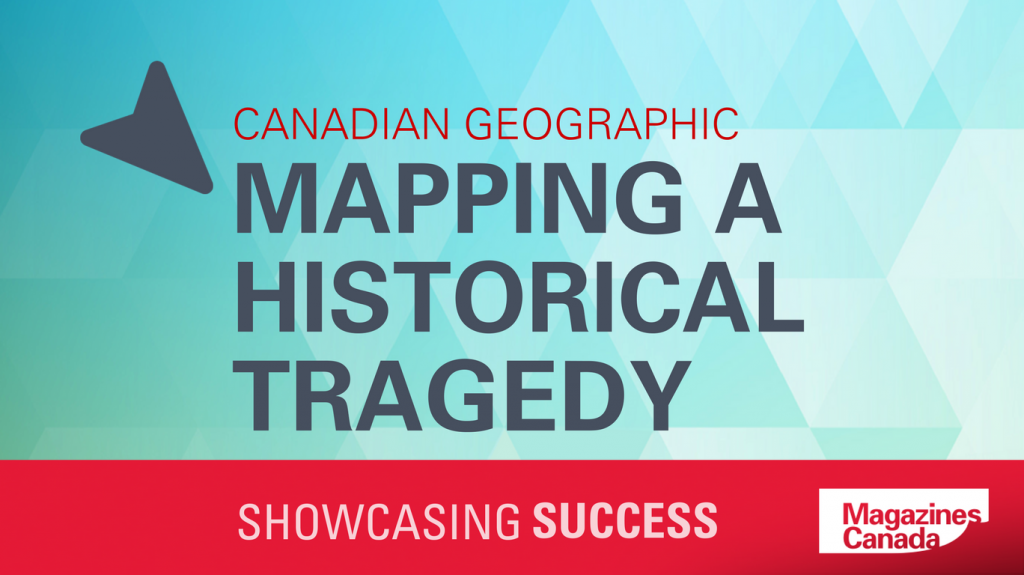 This major update caught the attention of Canadian Geographic.

“We knew immediately that we wanted to produce Canadian content,” said Ellen Curtis, the Director for Canadian Geographic Education. “Because we were already working on our Indigenous Peoples’ Atlas of Canada project, it seems like a natural fit to do our first Voyager story focusing on residential schools.” 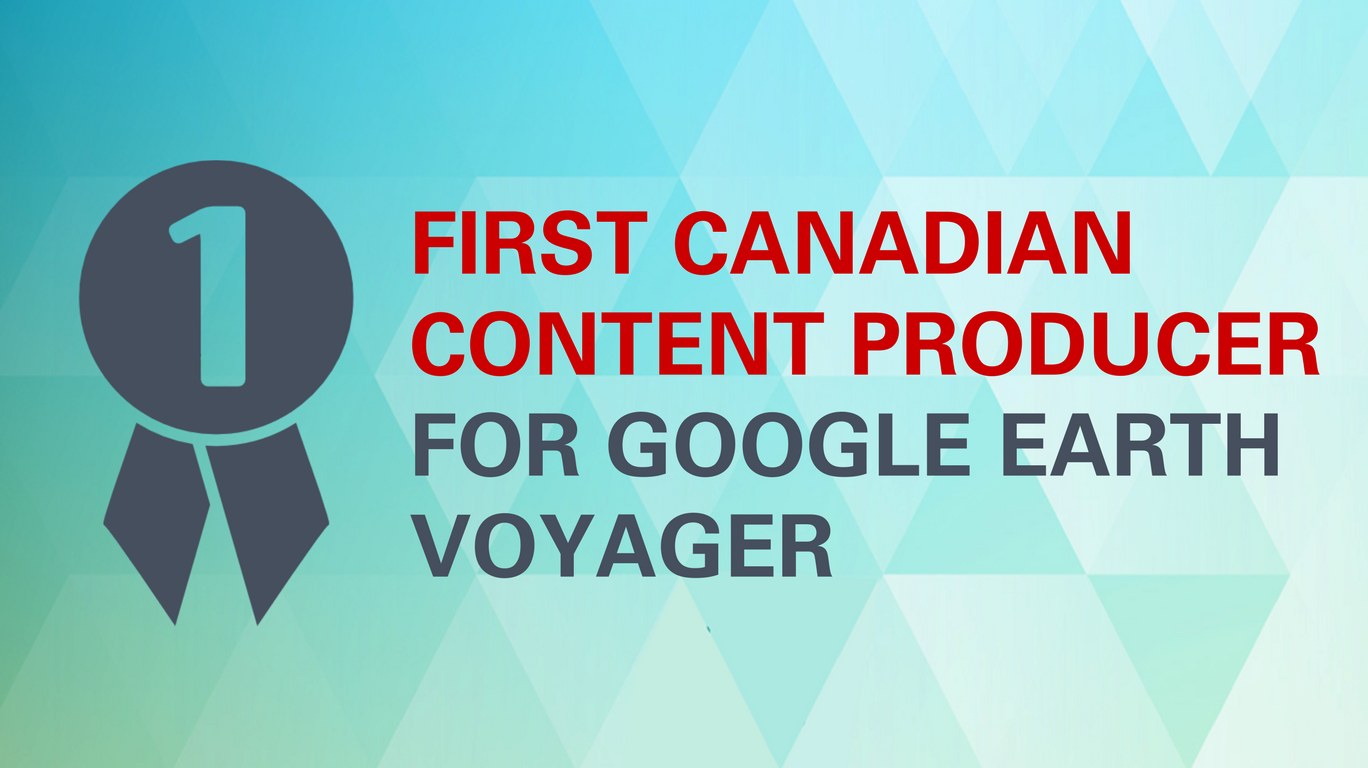 The goal of the team at Canadian Geographic was to give readers/viewers/users a small glimpse into the horrors of the residential school system that operated from 1831 to 1996. The hope was that viewers would click on links in the story to learn more, or perhaps would even seek out information on their own.

To tackle this enormous story, the team divvied up the information into four chapters:

“There are, of course, more elements to this story than what we were able to cover in those four chapters but we intended this to act as a broad introductory overview.”

To add richness to the story, the team added 63 images, 26 quotes, 130 school waypoints (including 16 waypoints for schools represented inside the story), and 17 videos. The process took about three months, including a full month of research, writing and editing. 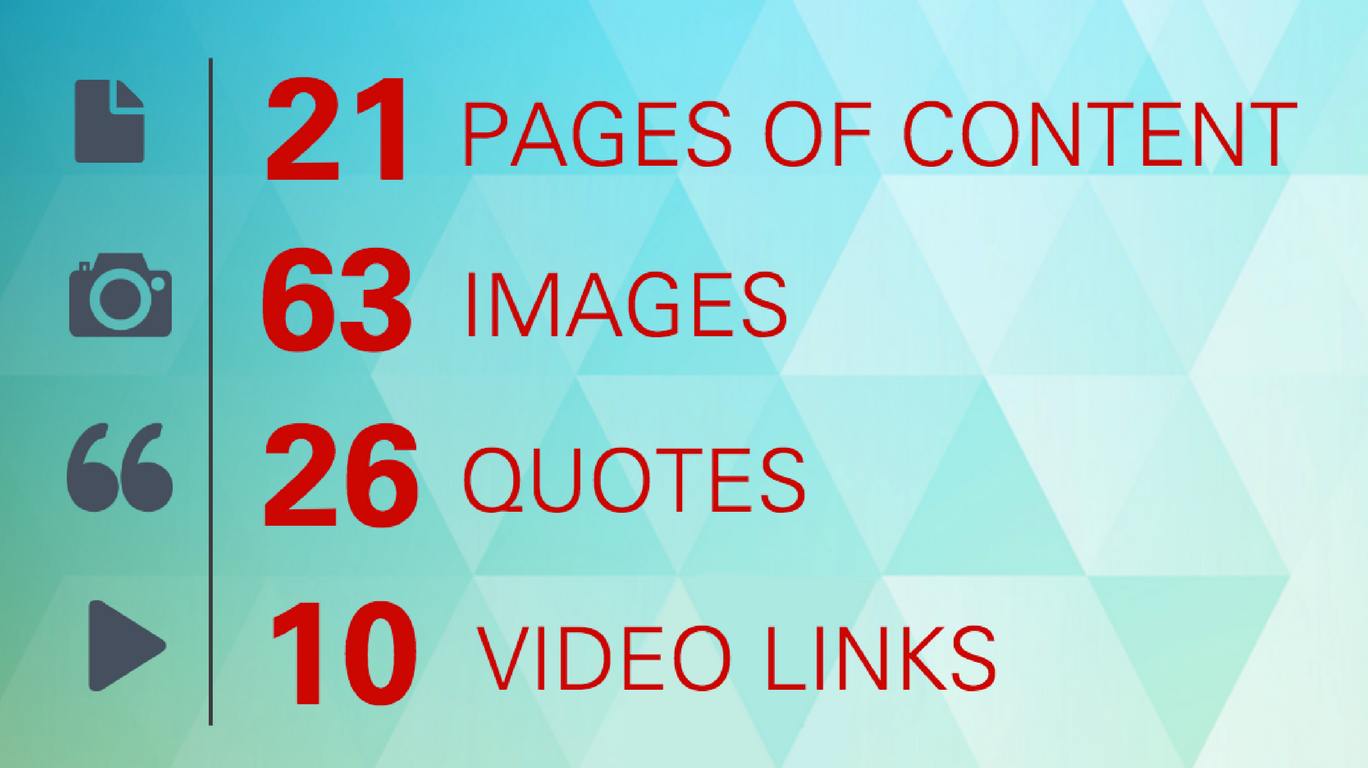 The Canadian Geographic project was unique in that the education team led the process. As team lead, they decided on which stories would be beneficial to tell, collaborated with the National Centre for Truth and Reconciliation based in Winnipeg, MB for data sets, then looped in the editorial team.

From there, the editors decided how they wanted to tell the story to fit the Voyager format, engaged in research, sourced images, wrote the copy and reviewed it for clarity, flow, tone and style. The NCTR’s director and fact checkers also reviewed the story to ensure accuracy and a respectful tone.

When it came to working with Google, the collaboration was simple, according to Curtis.

“We emailed them a rough draft of the story and they set up the framework on their end. We had multiple opportunities to review and make sure that everything was in the right place, even down to the details of how far we might want to be zoomed in for a location on the map.” 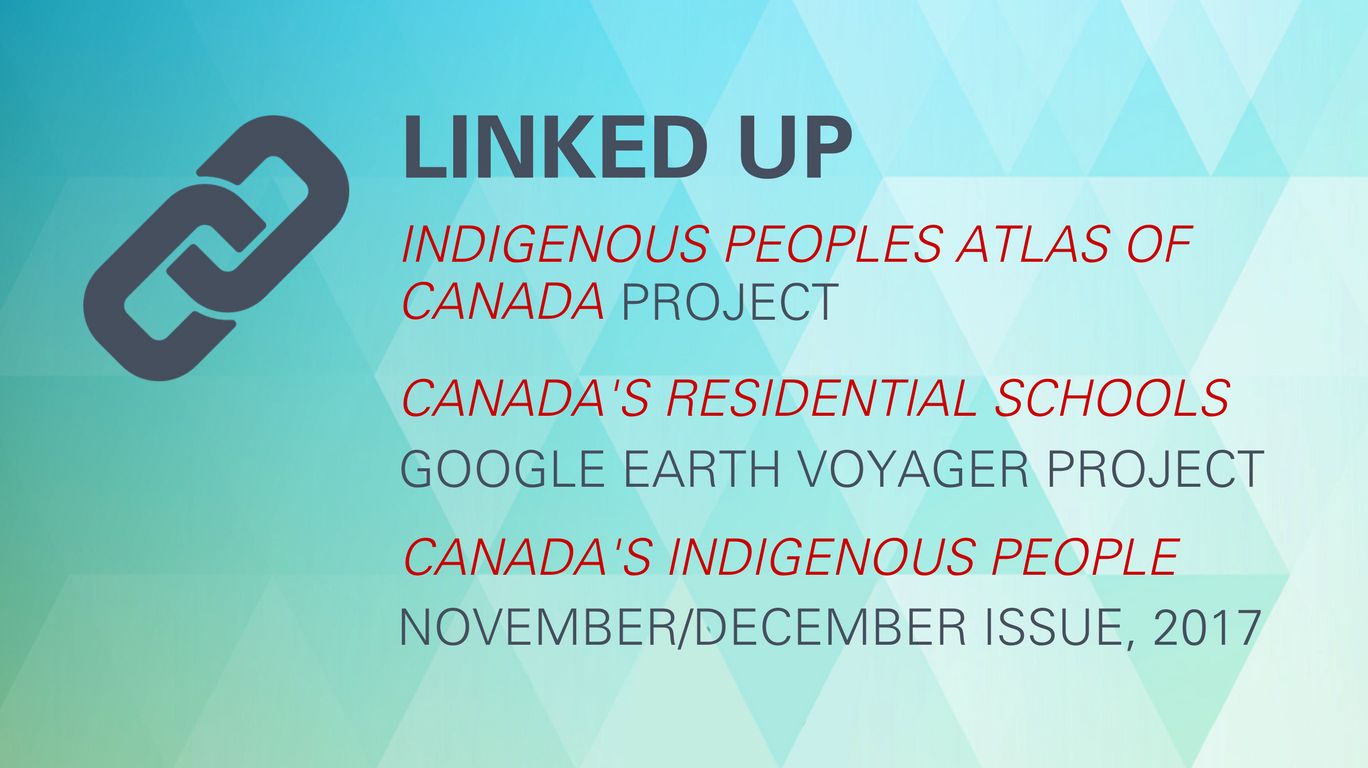 Curtis says the most challenging part of the project was narrowing down the story and sifting through the experiences, testimonies and videos of people who suffered through horrible and degrading abuses. But facing these hard truths in order to share them with others was worth it. So far, “Canada’s Residential Schools” has been viewed 55,000 times and the goal of shining the spotlight on this tragic part of our history is being met.

“There are so many more stories that we would like to be able to tell with Google Earth Voyager,” she states. “We’re already planning the next ones. Some of them will follow the theme of reconciliation with Indigenous Peoples, others will have more traditional geographic approaches.”

All told, they hope to have a total of three new Voyager stories posted in 2018 and continue to build their partnership with Google. 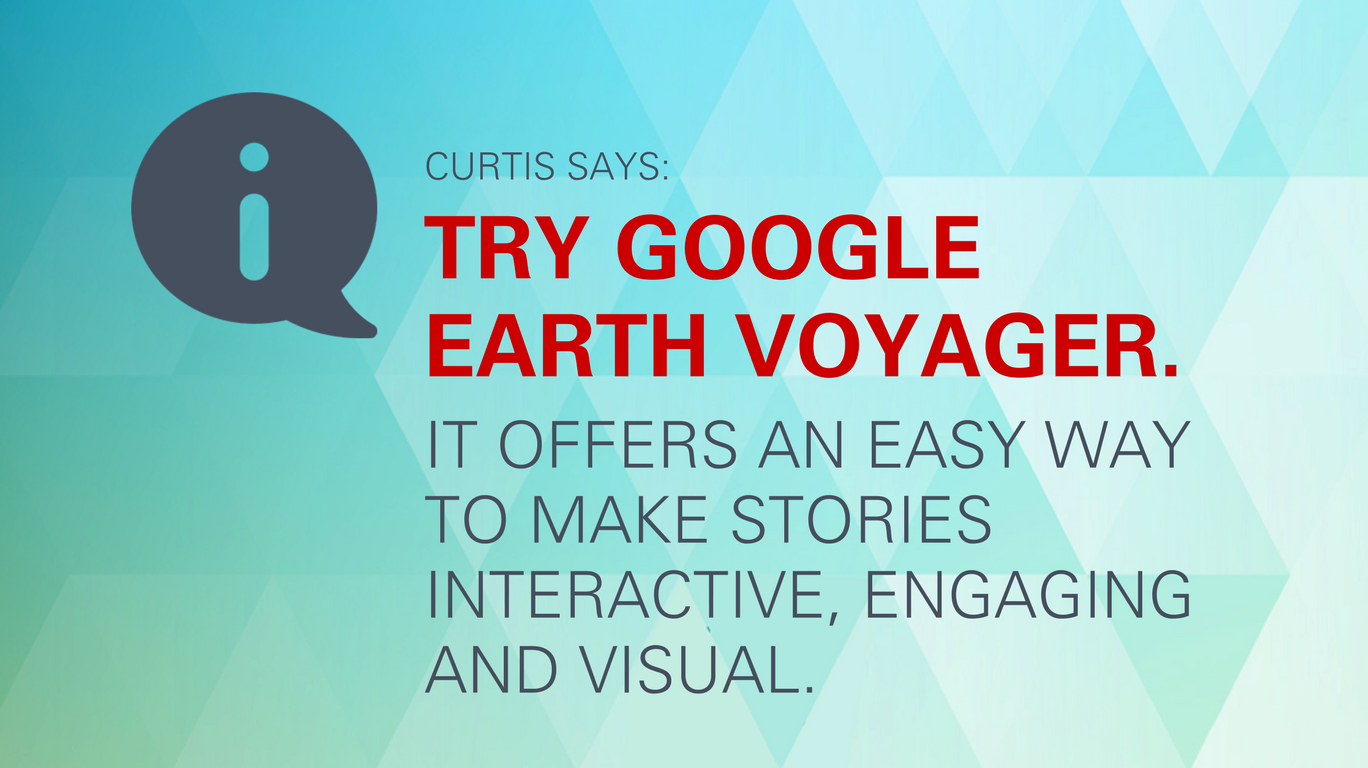 Curtis strongly encourages other magazines to try working with the Voyager tool.

“Google Earth Voyager offers an easy way to make a story engaging and visual,” she says. “There are many ways to get creative on Google Earth—choosing 2D birds-eye views of locations, using 3D views to make landscapes and cities pop out more, picking street views and photo spheres. All this adds diversity to the visual representation of a story. And the opportunity to put videos and photos in with the text on the panels is great for giving users options for engaging with the story content.”