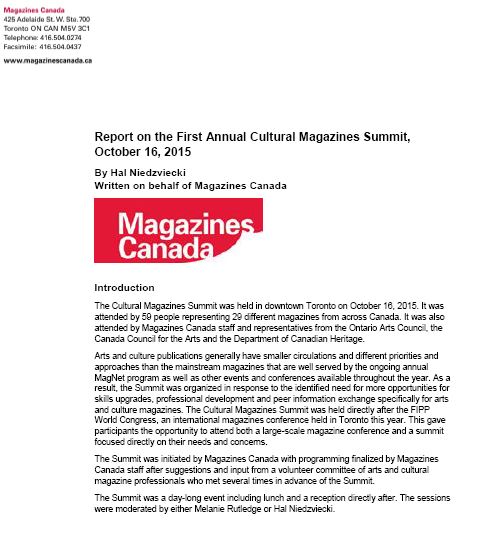 The Cultural Magazines Summit was held in downtown Toronto on October 16, 2015. It was attended by 59 people representing 29 different magazines from across Canada. It was also attended by Magazines Canada staff and representatives from the Ontario Arts Council, the Canada Council for the Arts and the Department of Canadian Heritage.