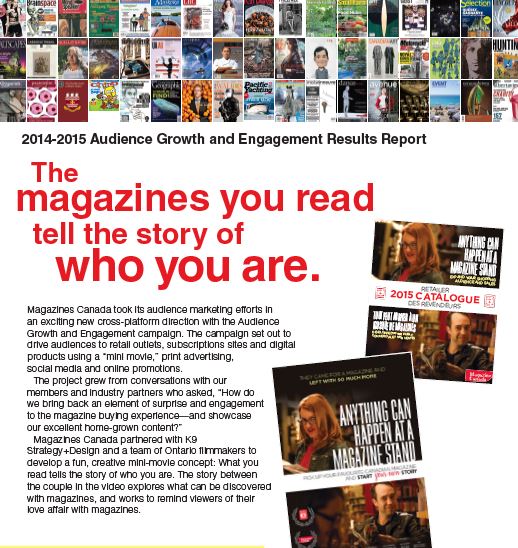 The magazines you read tell the story of who you are. That was the message behind last year’s Audience Growth and Engagement (AGE) campaign that promoted the fun and romance of magazine shopping in over 120 stores nationwide and through social media and internet marketing that centered on the short video, “Anything Can Happen at a Magazine Stand.” This is the results report from Magazines Canada’s 2014-2015 circulation marketing campaign.