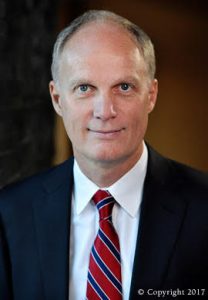 The Advertising Club of Toronto will host their annual Magazine Day event on Friday, December 7, 2018 at the Four Seasons Hotel in downtown Toronto. Magazines Canada is proud to partner with the Advertising Club of Toronto as a sponsor of Magazine Day 2018. This year’s keynote speaker is W. Graeme Roustan, the Executive Chairman of Roustan Capital and Roustan Media, publisher of The Hockey News, and Magazines Canada member. He will share his experience responding to major shifts in media, including changes in advertising spend and how readers receive content.

As the owner and publisher of the Canadian-based international ice hockey magazine The Hockey News, Roustan will also share a glimpse into his financial support for worthy organizations, and his best practices and thoughts on promoting high-profile global brands.

W. Graeme Roustan lead the acquisition of Bauer Hockey from NIKE in 2008 and served as its Chairman of the Board, taking the company public on the Toronto Stock Exchange (NYSE-TSX Performance Sports Group). He spent time in Russia and the Commonwealth of Independent States expanding the Bauer business into the Russian and Eastern European markets. Roustan has worked with NHL teams and numerous municipalities and organizations, building community ice rinks and arenas around the world. Roustan is the owner of The Hockey News, Christian Hockey, Torspo Hockey and is a graduate of the Institute of Corporate Directors ICD.D program at the University of Toronto’s Rotman School of Management, a National Association of Corporate Directors (NACD) Board Leadership Fellow, the Governor of the Canadian Women’s Hockey League and member of the Canadian Olympic Committee.

Embracing valuable content and ideas, Magazine Day is an opportunity for the magazine community to come together to celebrate the vitality of magazines in Canada. Tickets for Magazine Day 2018 are available for purchase online at adclub.ca/our-events/2018-magazine-day, and include lunch as well as pre- and post-event networking receptions. This event is focused towards agency planners and buyers, as well as magazine sales reps, publishers and editorial teams.

The Advertising Club of Toronto will also announce this year’s Merit Award recipient and People’s Choice Awards for Media Planner/Buyer of the Year and Ad Sales Rep of the Year.