Upcoming Webinar: How to Get it Right When Reporting in Indigenous Communities 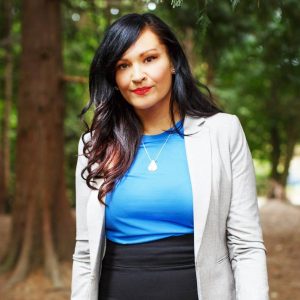 Reporting in Indigenous communities can be tough. It’s not just navigating sensitive issues like those surrounding stories about missing and murdered Indigenous women, but covering complex terrain in stories that include the Indian Act, treaties, and land claims, to name a few. Many writers grapple with how to tell a sensitive story, and Canadian Indigenous stories are frequently left out or negatively slanted in media. Join award-winning Gitxsan journalist Angela Sterritt, who has worked with Journalists for Human Rights to facilitate the course called Reporting in Indigenous Communities, as she shares tactics and tips about how to get it right. You will learn how to get the facts right while being mindful of historical concerns such as stereotyping and underreporting, and subsequent mistrust. You will also learn how to get the story right while being respectful to Indigenous people, communities and cultures.

Angela Sterritt is an award-winning journalist and writer from British Columbia. Angela has worked as a journalist for close to 20 years and has been with the CBC since 2003. Her reports have appeared in the Globe and Mail, The National, CBC’s The Current, and various other news programs. She currently works with CBC Vancouver as television, radio, and online reporter and host. In the fall of 2017, Sterritt launched “Reconcile This,” a CBC column that explores the tensions between Indigenous people and institutions in British Columbia. In less than a year the column has won an international Gabriel award and an RTDNA award. Angela is Gitxsan with the Gitanmaax band in Northwest B.C.

Reporting in Indigenous Communities: How to Get It Right
Wednesday, September 26, 2018
2PM ET

This webinar is FREE to attend!
Email Kiley at kpole@magazinescanada.ca to register.