Canadian magazines touch on every aspect of Canadians’ lives and businesses—in print, online and via social media—and provide perspectives that simply do not exist in the same way anywhere else.

As the holidays approach, our gift to you will be a showcase of our successes as an industry, and profiles of some of our amazing members and the incredible work they create every day across all platforms, and supported by the government’s investments, including the Canada Periodical Fund.

In the coming weeks we will share brief profiles of some of our country’s magazines to illustrate the things that set our sector apart—from marquee brands to niche publications. Check back for new profiles! 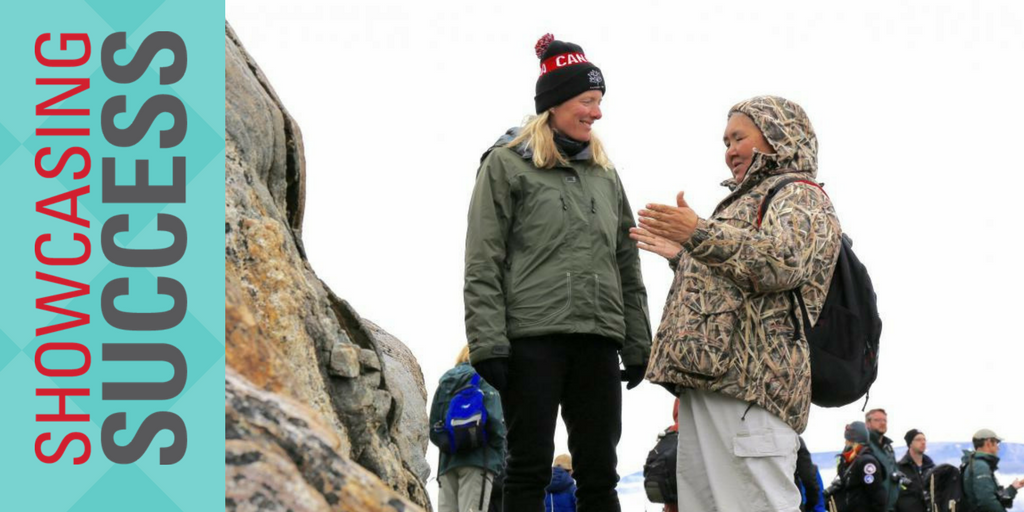 Canadian Geographic partnered with Assembly of First Nations, Inuit Tapiriit Kanatami, Métis National Council, The National Centre for Truth and Reconciliation and Indspire to bring together the November/December 2017 Indigenous Peoples Issue. Featured in this issue is coverage of Environment and Climate Change Minister Catherine McKenna’s visit to Labrador’s Inuit region in August. Minister McKenna used this opportunity to explore the all-Indigenous National Park management, learn more about the area and discuss the impacts of climate change.

“Six Indigenous scholars share their views of Canada at 150,” June 2017 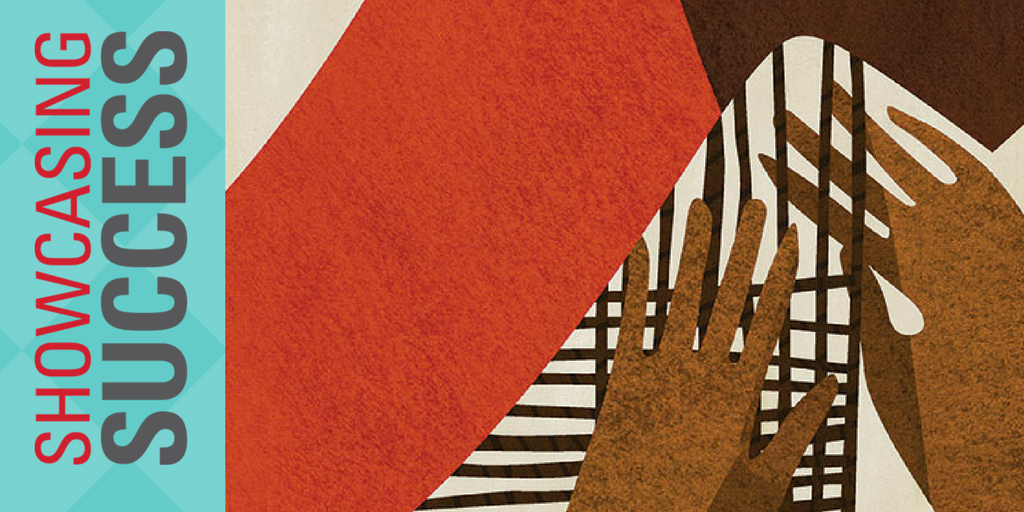 As we celebrate Canada’s 150, hear directly from six Indigenous scholars from different Canadian universities discuss what Canada’s birthday means to them. This COPA Gold winning article from University Affairs takes a look at Canada’s past, its future, and its responsibility to that past. Read as these six scholars reflect on their vision for a reconciled Canada and how the Canada 150 celebration affects them. 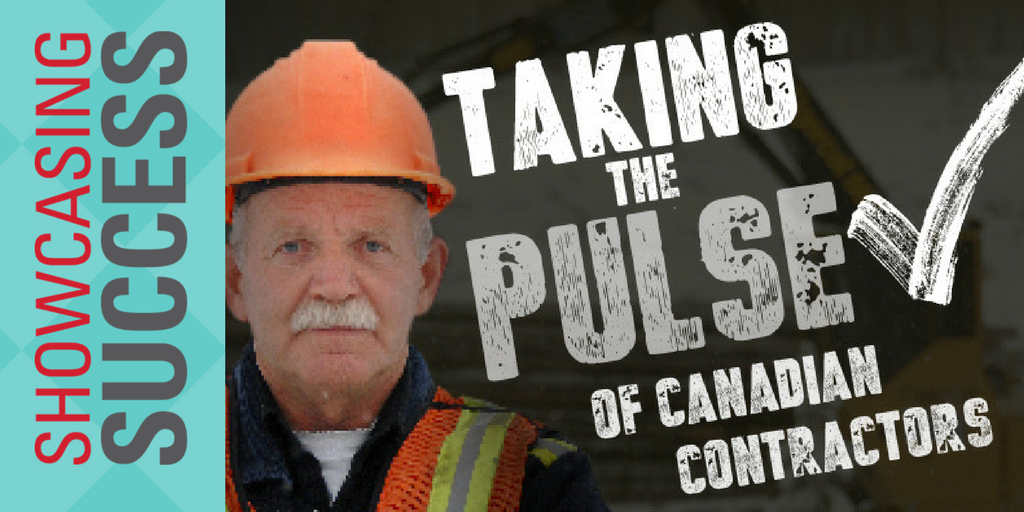 Despite being global leaders in sustainable harvesting and forest certification, Canada’s forest communities have had it rough the past few years. Extreme fire seasons, beetle-damaged forests and aggressive American protectionism threaten one of the country’s largest rural employers. Most vulnerable of all are the thousands of independent, family-run forest contract companies that do the bulk of the actual work in the woods. Based in forest-dependent and indigenous rural communities from Newfoundland to Vancouver Island, these contract companies have struggled to turn a profit and attract the next generation of workers.

In 2016, business media brands Canadian Forest Industries and Opérations forestières magazines were approached by loggers asking if they could help address the profitability crisis. From editorial director Scott Jamieson: “There was a fear that the majority of loggers simply weren’t making enough profit to survive into the next generation, but no one had any hard numbers on the problem.” So in the spring of 2016, Canadian Forest Industries targeted its Canadian Periodical Fund monies to support objective third-party research into the issues these entrepreneurs and their communities were facing. Supported by several loggers’ associations in BC, Quebec and Atlantic Canada, the audience of over 20,000 responded to the bilingual survey in record numbers. The end result was a 15-part web series on the challenges faced by Canada’s forestry contractors, digital reports on all the key forest regions from coastal BC to Atlantic Canada, video segments, magazine reports, presentations at industry events, and a 56-page final report. The magazine’s research also helped spur BC’s provincial government to strike a contractor sustainability review to examine the issue and determine if its Crown timber is being put to the best economic use. Its recommendations are expected in early 2018.

Economic research is not what most people think of when they think about the business press, but these trusted brands can often be an industry’s voice. 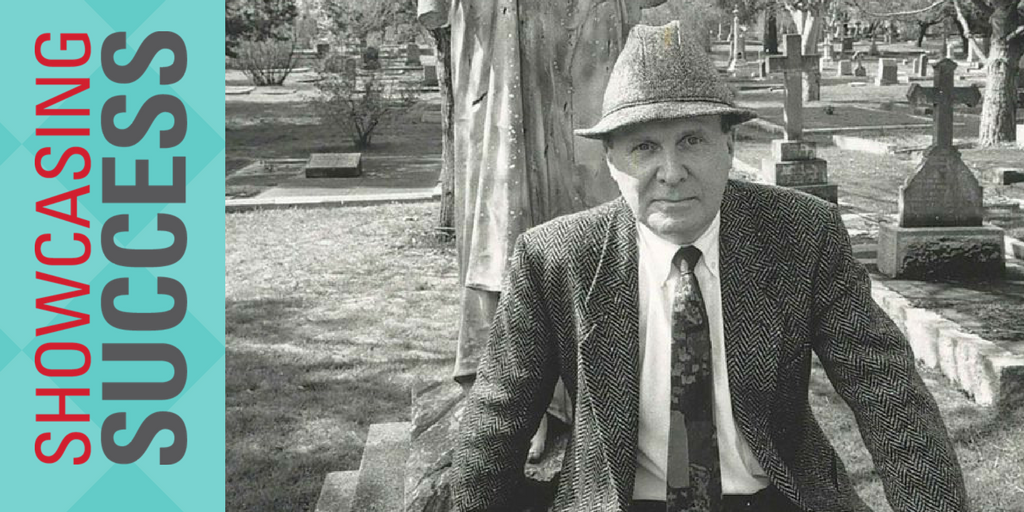 The late John Hofsess’ powerful story about assisted suicide and death with dignity, “By the Time You Read This, I’ll Be Dead,” was honoured as the Best General Interest Story of the year at the Canadian Magazine Awards. It was accepted on his behalf by Toronto Life’s Emily Landau. From the judges: “A unique perspective on a topical subject, written in the first person, which forces us to rethink our prejudices about death.”

The Cercle de Fermières du Québec, the largest women’s group in la belle province, works to uphold their culinary and cultural heritage. To support this important mandate, the CFQ publishes L’Actuelle five times per year. The magazines features a variety of topics of interest to the membership from art to health to the environment, highlights important services for the membership and most importantly, acts as an important link between all the chapter members in the province.

“More of the guys who responded to White Hadiya’s profile were guys I would have wanted to date. They were smart, they were engaged, they were cute. In order to find the kind of guy I wanted—to be seen by him—it seemed that the ultimate message was: I needed to be white.” In a nuanced, first-person account published in the March 2017 issue of The Walrus, Hadiya Roderique examines our racialized assumptions about beauty, relationships and attraction through the lens of her own experience with online dating as a Black woman in Canada, and what happened when she tested the impact of her skin colour on her dating prospects. 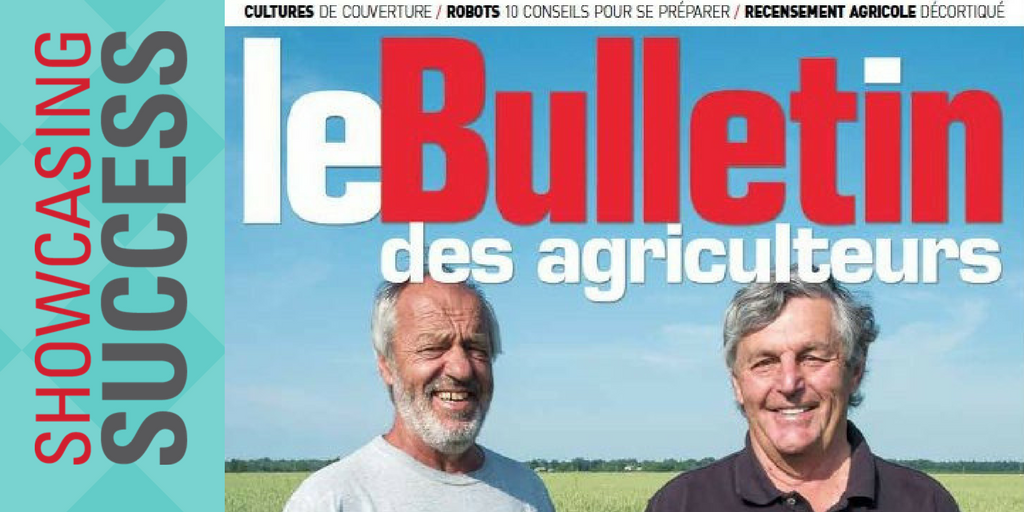 2018 marks the 100th anniversary of this well-respected brand. Le bulletin des agriculteurs has grown into its own by showcasing the knowledge and innovation in the agricultural section with a print edition, value-packed website, e-newsletter, blog and special guides. It was recently named “Best Brand Packaging, Business Category” at the Canadian Online Publishing Awards. 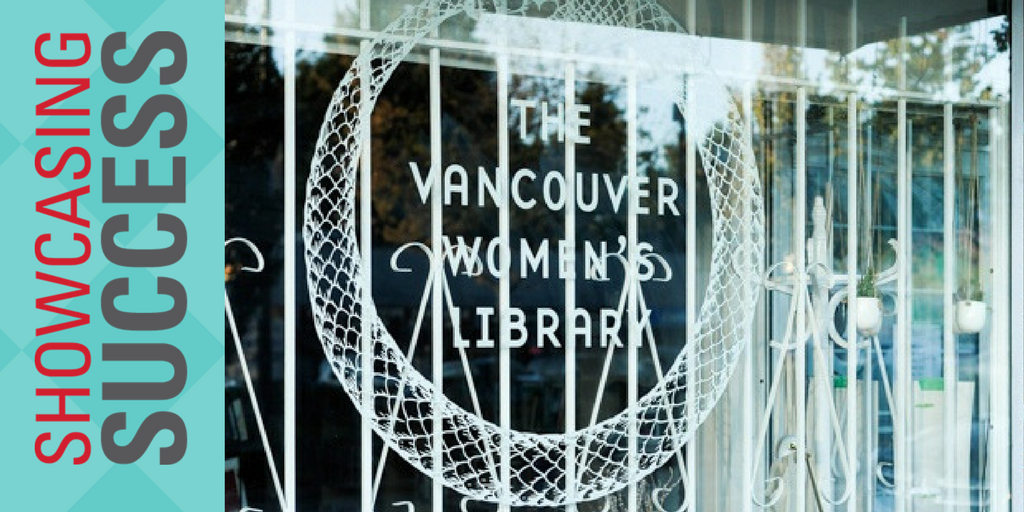 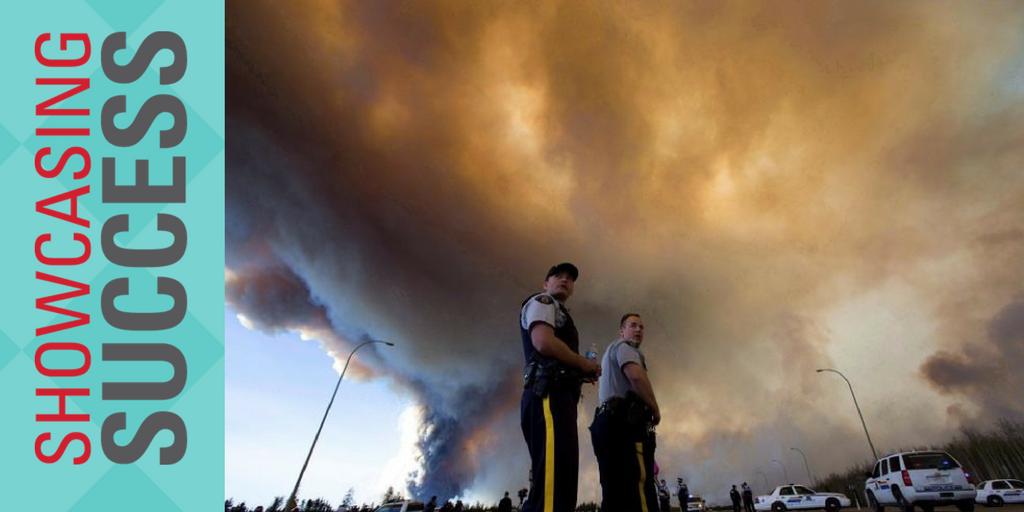 On May 1, 2016, a wildfire began southwest of Fort McMurray, Alberta. Two days later, it swept through the community, forcing the largest wildfire evacuation in Alberta’s history, with upwards of 88,000 people forced from their homes. The wildfire was not fully extinguished until August 2017; in total, it covered approximately 590,000 hectares and destroyed about 2,400 homes and buildings.

Canada’s property and casualty insurance industry worked with the community right at the time the first responders arrived on the scene, helping people recover from their losses. Business-to-business magazine Canadian Underwriter has been covering the Fort McMurray fire and the industry’s efforts to prevent any future wildfire and climate-related tragedies from a variety of different perspectives, including how to prevent old habits from elevating wildfire risk in the future. The magazine’s ongoing coverage shows how wildfires affect not just Canadian insurance professionals and the industry, but also insurance policyholders across Canada. 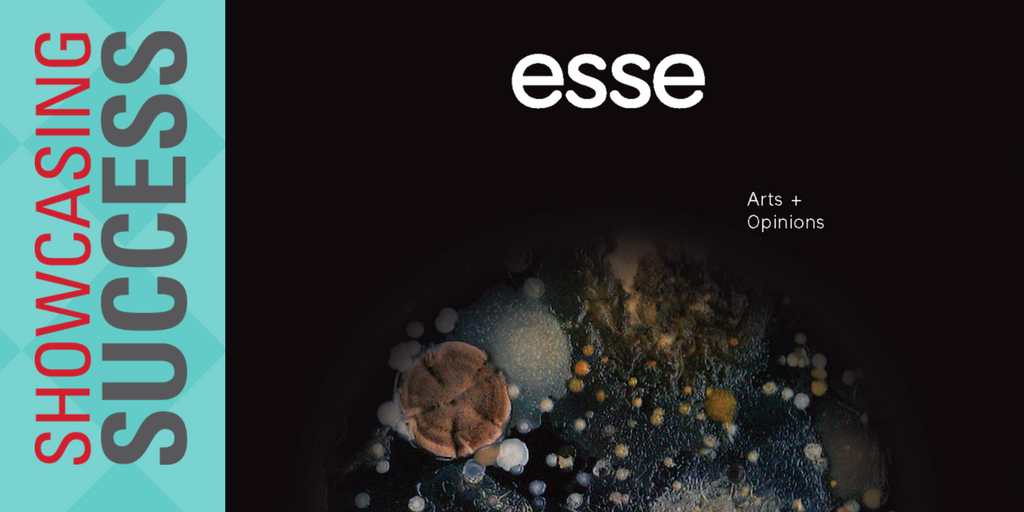 With a razor-sharp focus on contemporary art and multidisciplinary practices, this French-language publication is committed to forging links between artistic practice and its analysis. Each themed issue features artist portfolios, pieces on the international cultural scene, as well as accounts of exhibitions and events. esse was named Best Literature and Art Magazine at the 2017 Canadian Magazine Awards.

“Getting Something From Nothing: The Unsung Value of Field Margins,” September 2017 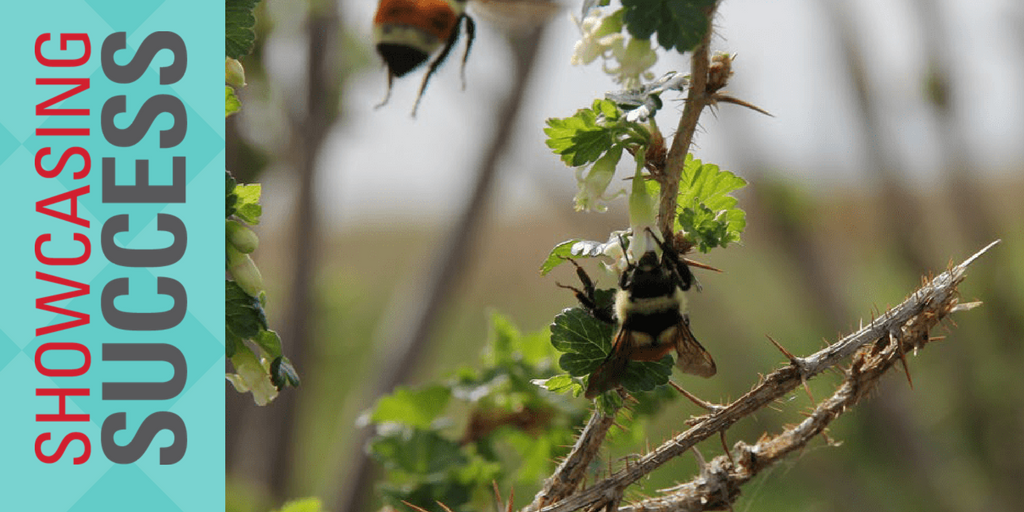 An area often overlooked, field margins serve an important purpose not only for organic farms but for all forms of agriculture. This article from The Canadian Organic Grower informs us of how we can optimize these spaces for organic growing, healthy ecosystems, protect from soil erosion, and more. Taken as part of whole farm design, or farmscaping, these field margins can help with wild pollinators, protect your fields, and create a more sustainable farm. 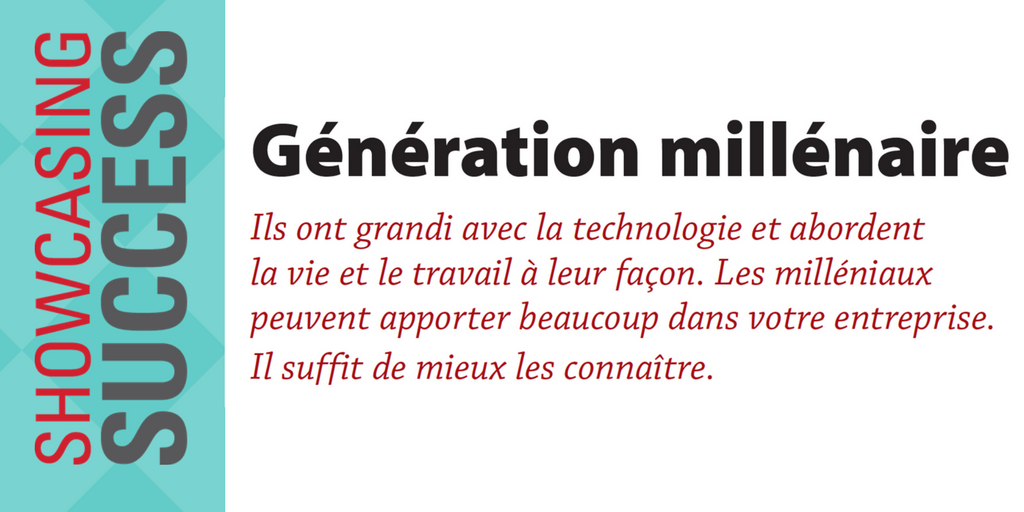 Transport routier took an in-depth look at what motivates millennials and how they can—and should—be viewed as an asset to the trucking industry. With their top-notch tech skills, new ideas and ability to adapt to change makes attracting this generation’s top talent a no-brainer. The B2B mag also profiled three young professionals and how they found their way to success within the trucking industry.

“Northerners of the Year: The Jerry Cans,” December 2017 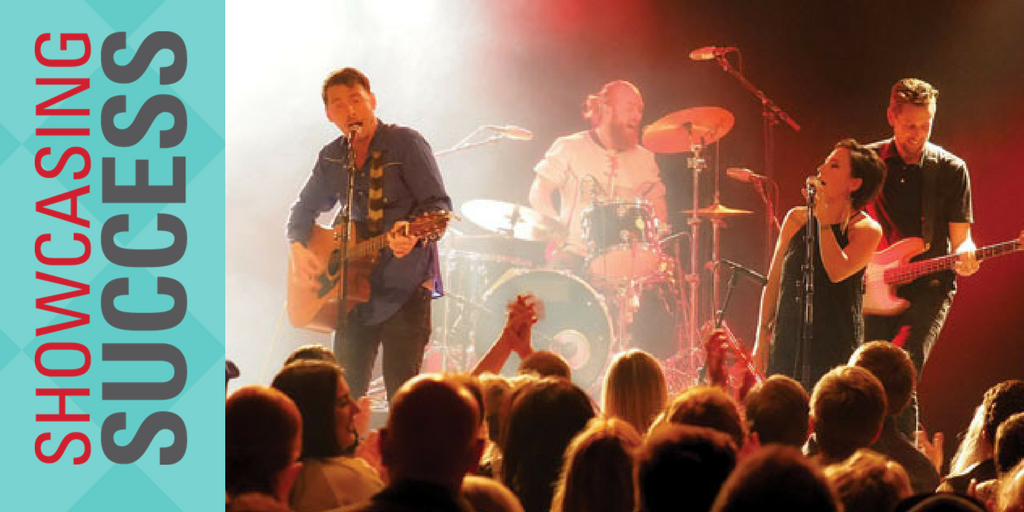 Iqaluit folk-rockers the Jerry Cans are tireless promoters of Inuktitut music and the North—they launched Nunavut’s first record label, Aakuluk Music, and organized the inaugural Nunavut Music Week, three days of workshops, panels and artist showcases that brought together musicians from across the territory and industry professionals and journalists from the south. In a wide-ranging and engaging December 2017 cover feature, Up Here magazine shares the story of the Jerry Cans and Nunavut’s music industry, and why they’ve named the band this year’s Northeners of the Year. 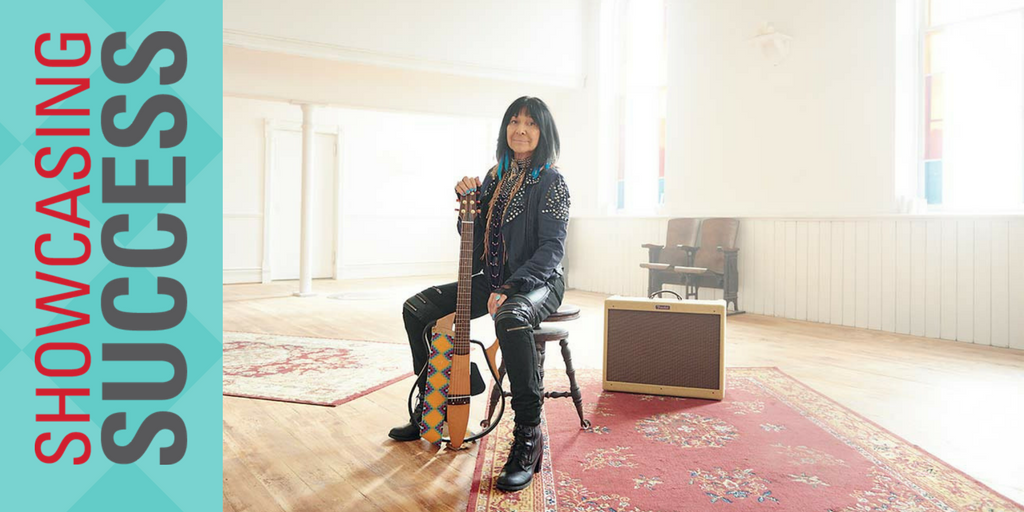 Singer. Poet. Teacher. Activist. Buffy Sainte-Marie was the cover subject of Reader’s Digest’s November 2017 issue, in a compelling feature story written by Alicia Elliott that explores Sainte-Marie’s decades-long history of challenging and changing the way Canadians think about art, music, and Indigenous rights. A compelling portrait of a revolutionary icon. 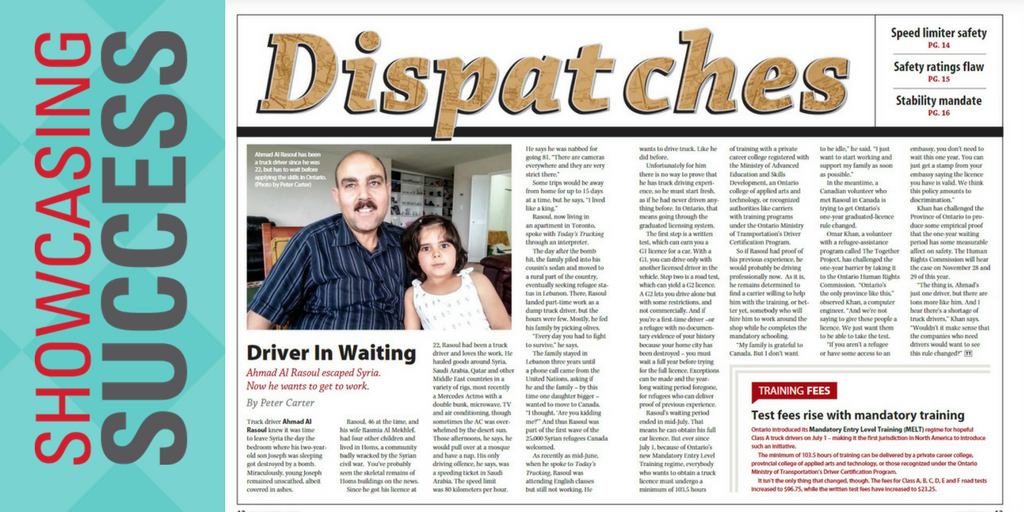 Ahmad Al Rasoul escaped the Syrian civil war to find a new life for his family in Canada. With a career as a truck driver under his belt, he was also anxious to get to work. In August 2017, Today’s Trucking profiled Rasoul in “Driver in Waiting”, a story that looks at how provincial legislation in Ontario requires Rasoul to begin training as if he had never been behind the wheel before, and talks to the refugee-assistance program that’s challenging these barriers with the Ontario Human Rights Commission. 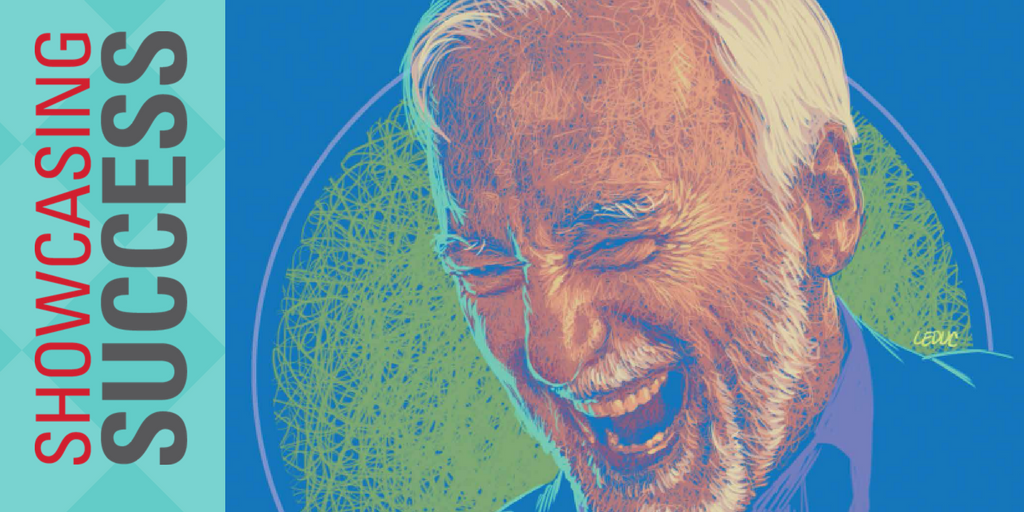 In the October 2017 issue of Sélection du Reader’s Diges,  Quebec’s best loved comedian Yvon Deschamps was featured on the cover. Inside, the 80-something-year-old, best known for his social commentary-infused monologues,  discussed his successes, his hopes for his beloved province and how humour helps keep him young. 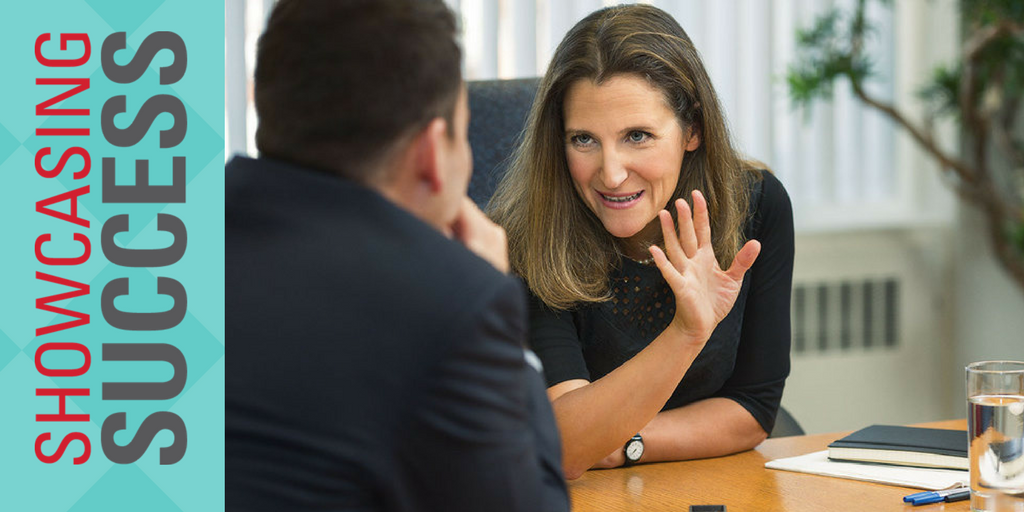 When L’actualité rebranded the magazine in September 2017, it meant a new image and plans for diversifying its brand and readership. The magazine team  filled the pages with impactful content, including this great profile/interview with Foreign Affairs Minister Chrystia Freeland. The minister speaks of the NAFTA renegotiations and the importance of the cultural exemption. 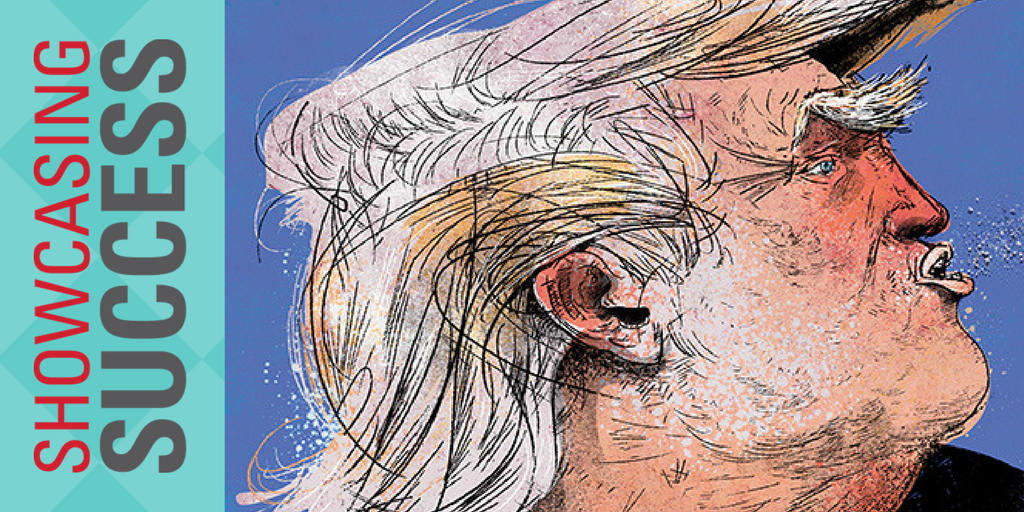 Published days before the 2016 American Presidential election, Québec Science examines American pollsters’ predictions for the election’s outcome, and observes that the reality of Donald Trump’s rise in influence just doesn’t seem to square with the polls, which were, at the time, predicting a victory for Hillary Clinton. An especially interesting read, given the election’s results and the year that has since gone by. 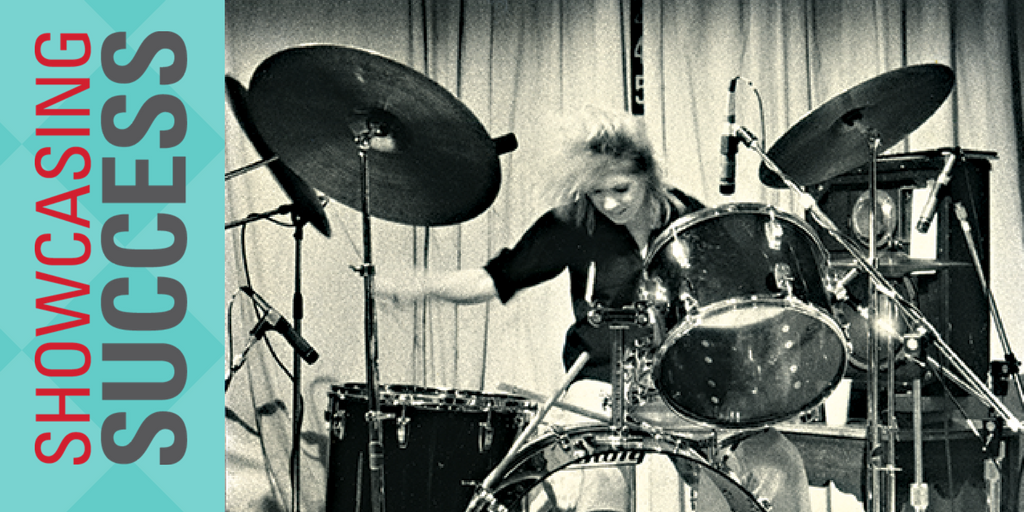 Geist shined the spotlight on the history of women in the underground music scene in the 70s and early 80s.  The piece—which took a year to research and produce— went on to become a Longreads Pick and a winner at the National Magazine Awards. It was heralded an important piece of journalism for bringing awareness to largely ignored female artists in Canada and abroad. 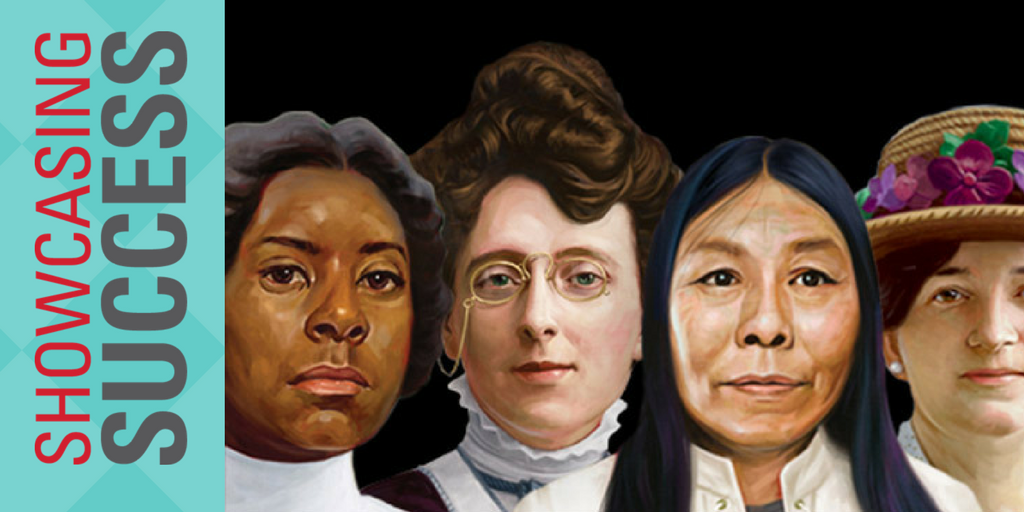 In 2018, Canada’s History will mark the occasion of the first Canadian women to get the federal vote—one of many moments in the long struggle for universal suffrage. Last year, in conjunction with the “Great Women” issue of Canada’s History, a distinguished panel of female historians rose to the challenge of narrowing down our shortlist. Some of the names were famous; others were obscure. An online campaign invited Canadians to nominate their own great women. The inspiring result was that more than 100 individual names were nominated! Stories of Canada’s great women reached hundreds of thousands of Canadians. 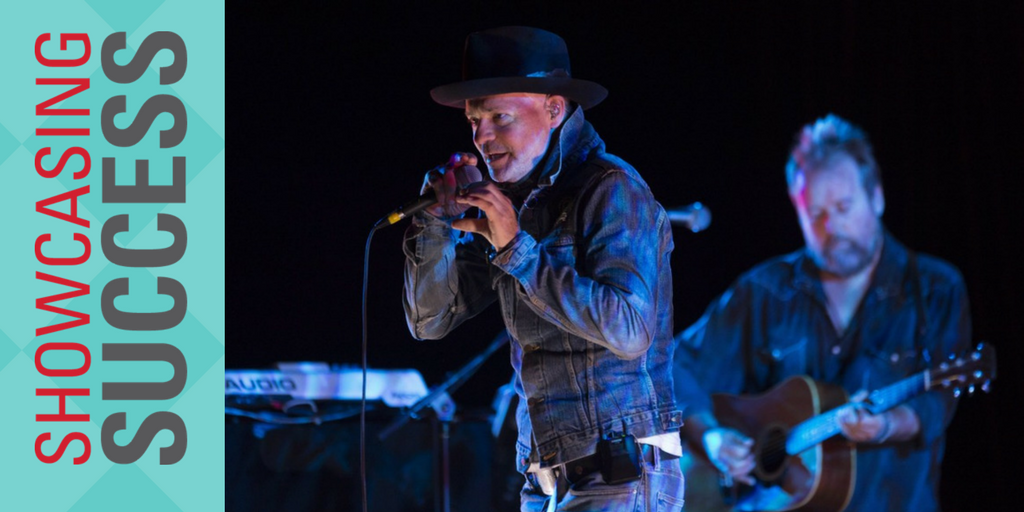 Maclean’s profiled the release of a new and unexpected solo project by the late Tragically Hip singer, Gord Downie, in October 2016. The Secret Path tells the story of 12-year-old Chanie Wenjack, who died in 1966 running away from Cecilia Jeffrey Indian Residential School. Maclean’s augmented the story by linking readers to a 1967 cover story reporting on Chanie’s ordeal.