Toronto, ON (April 25, 2018) – Magazines Canada is delighted to announce that the second annual Magazines Canada Fellow is Will Pearson, a writer and audio producer currently based in Peterborough, Ontario. Pearson’s work has appeared in a number of Canadian magazines and on community radio stations, and he is also the co-producer and co-host of the Peterborough Currents podcast.

Will loves all manner of media, but is especially drawn to magazines and podcasting because of their potential to make meaningful and personal connections with readers and listeners. The Magazines Canada Fellowship will be his first full-time job in journalism, and he is looking forward to it! 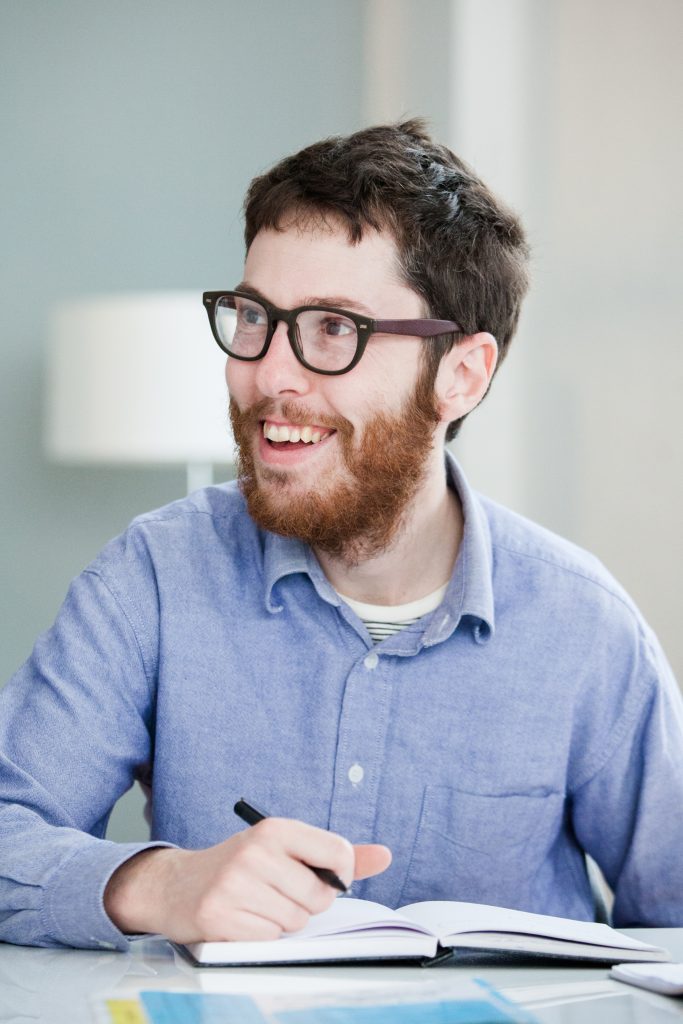 “By matching emerging magazine talent with Canadian host magazines, the Magazines Canada Fellowship program directly invests in the future of our sector and supports a new generation of magazine professionals,” said Matthew Holmes, President and CEO of Magazines Canada. “With a paid position at a host magazine, Fellows have the opportunity to explore stories that inform, engage and deepen the national conversation on issues that drive our country forward.”

Every year, Magazines Canada Fellows have the opportunity to choose their host magazine from eligible expressions of interest. Pearson has elected to work at The United Church Observer, an award-winning publication based in Toronto, Ontario that focuses on faith, justice and ethical living.

“I am thrilled that The United Church Observer is the publication selected to host the 2018 Magazines Canada Fellowship, and equally excited to work with Will Pearson. With his writing skills, podcasting experience and his degree in religious studies, I’m certain he’ll be wowing our print and digital audiences in no time!” said Jocelyn Bell, Editor and Publisher of The United Church Observer. “I’ve long believed in nurturing emerging journalists through our paid summer internship, and I see the Fellowship as an opportunity to help another young person find their way into the Canadian magazine industry.”

The judges were impressed by Will’s thoughtful, well-researched writing, which they said “is proof of great curiosity and diligence. His writing—and his podcasts—are infused with elegance and humanity. Through his work, Will demonstrates a commendable service to his community, which is itself noteworthy, especially in this smaller market. He is an exceptional recipient of this Fellowship and we look forward to reading and listening to his work as he embarks on his career.”

Pearson was celebrated as the second annual Magazines Canada Fellow at the Magazines Canada reception, sponsored by Inovva, held during MagNet: Canada’s Magazine Conference at the Courtyard Toronto Downtown on Wednesday, April 25, 2018.

More information on the Magazines Canada Fellowship can be found at magazinescanada.ca/program/fellowships.

Fellows work with a lead mentor at their host magazine, gain valuable experience and broaden their professional network. A Fellow’s salary is covered by the Magazines Canada Fellowship program and includes a contribution from the host magazine.

About Magazines Canada
Magazines Canada is the national trade association representing Canadian-owned, Canadian-content consumer, cultural, specialty, professional and business media magazines. French and English member titles offer a wide range of topics including business, professional, news, politics, sports, arts and culture, leisure, lifestyle, women and youth, made available on multiple platforms. The association focuses on government affairs, services to the advertising trade, circulation marketing and the development of career skills and the recognition of excellence among the people who work in Canada’s magazine media. Visit magazinescanada.ca.