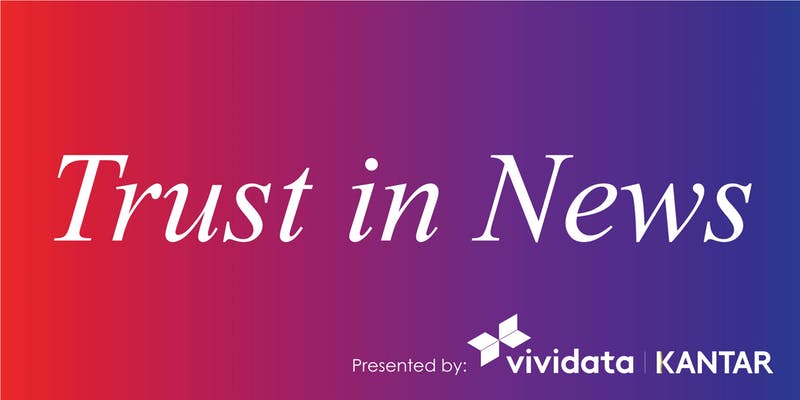 Vividata and Kantar launched their “Trust in News” study at an industry event in Toronto on July 18. “Trust in News” explores how Canadians feel about news and quality journalism in the era of “fake news,” and what drives their trust in news sources and channels.

Vividata partnered with research firm Kantar, which has conducted similar studies in other global markets, on “Trust in News” to explore “key areas of strength and opportunity for news organizations in Canada,” said Vividata President and CEO Pat Pellegrini in a press release. “We all want to have confidence that the content we read and share is accurate.” 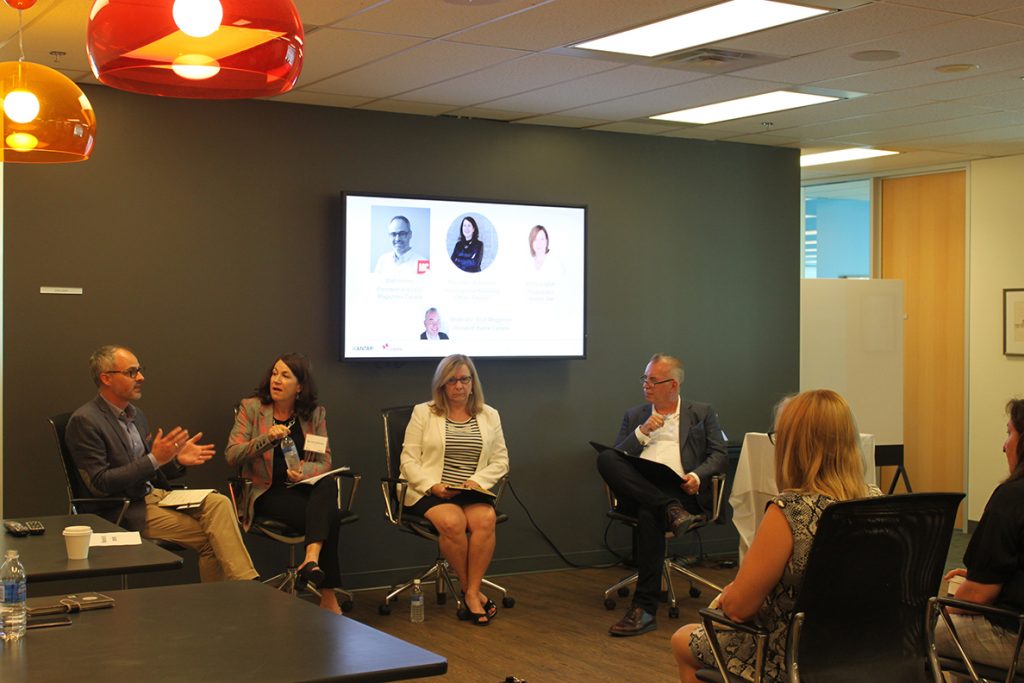 At the “Trust in News” launch event, Magazines Canada CEO Matthew Holmes took part in a panel discussion with Kathy English, Public Editor at the Toronto Star, and Mary Beth Williamson, Chief Marketing Officer of Fleurish Cannabis. The discussion was moderated by Scott Megginson, President of Kantar Canada, and focused on content and marketing in the context of trust—how does one establish and maintain trust with one’s audience, and how does that trust impact conversations with advertisers.

As Vividata notes in their release, an overall key finding from the study is that “traditional media such as Print, TV and Radio are much higher on audience trust than social media websites and apps.”

Key findings from the “Trust in News” study that will be of interest to magazine media include:

“Trust in News” shows that nine out of 10 Canadian adults are aware of the term “fake news,” but the term means several things to Canadians:

Eight out of 10 Canadians believe the health of Canada’s democracy depends on journalists reporting the facts accurately. Half of the adult population feels that people choosing to access their news from more credible news sources is an effective way to tackle fake news.

Traditional news media—radio, TV, magazines and newspapers —have retained higher levels of audience trust than digital media. As Rahul Sethi, Vividata’s Senior Insights Manager, notes in a post for the International News Media Association, “Fake news has had more of a detrimental impact on trust in digital-only news outlets and social media than it has on traditional or mainstream news. This makes sense as traditional news organisations have a greater reputation for producing quality content and have built a history of trust with audiences.”

This trust extends to traditional news media content on digital platforms. For magazines, 68% of their audience rates print magazines high on trust and 63% rates magazine websites or apps high on trust, as compared to just 32% who do so for digital-only news outlets and 19% for social media.

For providing in-depth commentary and analysis, audiences rate print magazines just below national daily newspapers and radio at 68%, and magazine websites and apps at 63%— above newspaper websites or apps, TV, digital-only news outlets and social media.

Similarly, for challenging the reader’s views and opinions, audiences rate print magazines and magazine websites and apps at 54% and 50% respectively, just below national daily newspapers and radio, and above TV, newspaper websites or apps, digital-only news outlets and social media.

In Vividata’s “Trust in News” press release, Mark Wood, Vice President at Kantar, states, “Trust in media goes beyond the content as it impacts marketing. Advertising in trusted environments not only makes ads more effective as consumers pay more attention to the message, it also provides assurances of brand safety and ultimately protecting the reputation of your brand.”

After seeing an advertisement in a print magazine, 29% of readers searched online for the product, brand or service, and 14% made a purchase.

Vividata provides essential consumer intelligence to a wide range of companies including media agencies, media companies and advertisers in Canada and around the world. Offering the largest syndicated study in Canada, Vividata is the go to source for demographics, attitudes, life events, media, purchasing and brand preferences. Visit vividata.ca.

Kantar is one of the world’s leading data, insight and consultancy companies. Working together across the whole spectrum of research and consulting disciplines, its specialist brands, including Kantar Millward Brown and Kantar TNS, provide inspirational insights and business strategies for clients in 100 countries including Canada. Visit kantar.com.