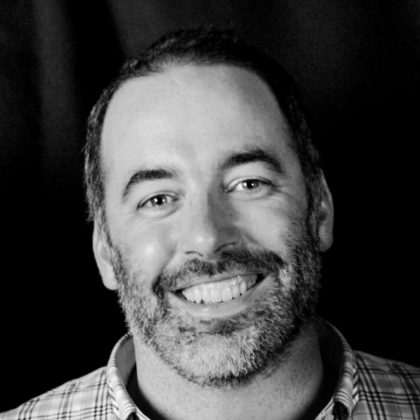 Creativity and defining your core identity is the intriguing subject of an upcoming session at MagNet 2017.

Paddy Harrington is the founder of Frontier, a creative exploration company whose mission is to empower people to take more creative risks.

“If you’re in any decent-sized corporation, all the risk gets trained out of you because you are highly dependent on other people, other systems, other structures around you that are focused on ensuring the financial sustainability of a business,” says Harrington in the latest episode of AudioMag. “Where we as creative people tend to think about what you need to do. Because everything that we do as creative people is about taking risks because we are trying to create things that don’t exist and there is inherent risk in that.”

Paddy will lead a session at MagNet 2017 on what Frontier does to help clients tap into greater creativity. Clients he has worked with include the New York Jets and Giants, PepsiCo, MaRS, Unilever, MoMA, Seattle Public Library, the Holy City of Mecca and the Fogo Island Inn.

And in this session he applies some of his company’s philosophies to the individual.

As the barriers between professions collapse, the challenge becomes how to establish a firm enough foundation to maintain what Paddy calls a core identity. Knowing what your core identity is will help inform countless decisions along the way as you jump from one field to the next.

“We often talk about it as a positioning framework—understanding what your core purpose is, what core values you ascribe to and what’s the future you are trying to achieve,” explains Harrington. “It’s much more of a human-centred design approach so we think about this not just as business people but as human beings. And we try to build a framework that serves that purpose as a human being and serves human needs and not just business needs. It’s useful in everything from trying to figure out who to hire, what products to develop, what kinds of decisions to make on a day-to-day basis. A good positioning framework that’s built on a strong core purpose should really help you in every aspect of your work and by extension should be meaningful to you in your everyday life as well.”

Harrington says this approach was created as an antidote to a creeping sense of cynicism around the ubiquitous culture of mission-statement based identities.

“What we found was in last 15 years there’s a lot of cynicism around that as people start to see behind the scenes and understand what advertising is and pushing all the biological buttons,” says Harrington. “The distinction between work and home has become less relevant as people understand that life is work and work is life and you have time for each and the other, but you really want to make them one in the same. So when we help identify a core purpose for an organization it is much more motivating and longer-lasting than if we use old terms that people are skeptical of.”

Register for Paddy’s session at MagNet 2017.

Listen to the entire conversation with Paddy Harrington.