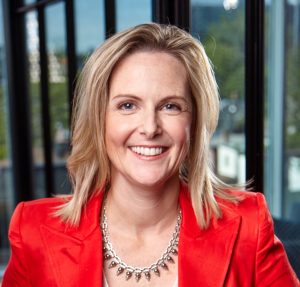 Maintaining an engaging and responsive online presence is a key plank in publishers’ digital marketing strategies. And understanding the basics of real time marketing is crucial if you’re hoping to take part in topical conversations and events as they unfold.

Twitter Canada’s head of consumer marketing, Laura Pearce, is our latest guest on AudioMag, where she shares her tips and best practices on what to do in situations ranging from a full-on crisis, to more lighthearted day-to-day interactions and planned campaigns.

Here are some of the highlights:

What falls under the umbrella of real time marketing?

Laura Pearce: “There’s actually quite a large umbrella. Everything from a listen-and-respond marketing department where you’re capturing important conversations and making sure you’re weighing in and very attuned to the conversations your audiences are having.

“Then there’s real time marketing that can be very campaign-based, but that can be surrounding a big topic of conversation or an event; so a certain day of the year or something that’s happening culturally that you want to capitalize on.”

“I think Nike would be the most memorable example—so their campaign with Colin Kaepernick and their ad with him as a spokesperson. The copy is ‘Believe in something even if it means sacrificing everything’ and a hashtag #JustDoIt. So a very powerful campaign-based strategy around an important conversation largely happening in the U.S. but across North America and beyond; around people’s right to peacefully protest and what Colin and the other players that are kneeling are doing.

“And it is very bold for Nike to come out on one side of this debate and really declare where they stand. It was an interesting trajectory. You at first had the worrisome moments where people were burning their Nike apparel and cutting the logos out. And then it turned to Nike having a 30% sales spike on the heels of the campaign and they got people posting on Twitter pictures of their kids in Nike and saying ‘Head to toe in Nike and proud,’ because of the stand that they took. So these are decisions you wouldn’t make lightly. It’s possible to come out on a topic without taking a side but in this case they took a side and it was very powerful and you have to know they probably had a lot of insight into who their audience is and what they believe in and how they behave and what conversations they are having to make that calculated decision to come out on that side of the issue.”

What do brands need to keep in mind when reacting to something in real time?

“First and foremost—who is your brand? What does it stand for? If it went to a cocktail party how would it behave? Try not to respond to something that is very out of character for the tone of voice you usually have in the different social channels.

“And I think there are times when I think a public response is merited and times when a more private response is merited. If you have a campaign live and someone is coming at you with about a customer service issue, that’s an opportunity for you to ask the person to take it to DMs if you are on Twitter, or to another private messaging, or a channel where that gets solved.

“If they are asking a question that is pertinent to your campaign as part of the conversation, then I think you’re responding in a way that is in keeping with your brand’s personality and tone.”

For publishers specifically on Twitter, what is key as far as the user’s expectation?

“It does go back to who are you as a brand. If you are a fashion publication, how are you integrating yourself into those conversations? How are you of the moment? One of the things we would advise is to leverage video. You are probably creating it for what you are already doing; you should be posting that organically.

“And we have a tool called Moments, which allows you to compile a series of Tweets around a certain topic. So often you can’t tell the whole story about what you’ve written in one tweet, but you can create a Moment around the story and the last tweet in that Moment link out to that story.”

Listen to the full AudioMag conversation with Laura Pearce.

Laura will also be speaking at MagNet: Canada’s Magazine Conference on April 24 about real-time marketing. Register for this and other great sessions, and join us at MagNet from April 24–25 in downtown Toronto.