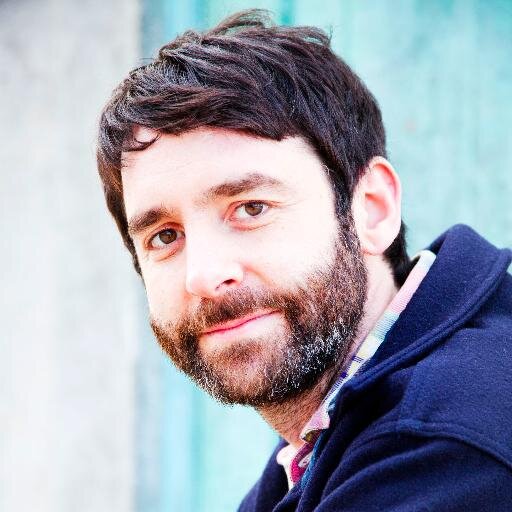 Podcasting has reached a tipping point in the last couple of years, as more people subscribe to them and more advertisers sponsor them. Publishers are well-positioned to take the storytelling and interviewing skills they have honed in traditional publishing and turn that into podcasts for their audiences.

But before diving in to a whole new business, there’s a lot to consider. Coming up at MagNet 2017 you can learn from those who have been at this for a few years. The Business of Podcasting will be led by Spacing publisher Matt Blackett and Slate senior editor Gabriel Roth.

Roth is also the editorial director of Slate Plus, which is the paid membership program that currently has about 30,000 members. Podcasting plays a big role in enticing Slate readers to subscribe to Slate Plus.

Roth shares some of his insights into the business of podcasting in the latest episode of Magazines Canada’s podcast, AudioMag.

“The people who sign up for Slate Plus membership, the large share of them are people who listen to Slate podcasts,” says Roth in the latest episode of AudioMag. “They listen to their favourite podcasts every week very reliably and feel a strong relationship to those shows and the hosts of those shows. One of the things they get when they sign up is ad-free versions that have extra segments or content at the end, so that’s certainly where a large share of our membership comes from.”

Slate has been in the podcasting business since the launch of Political Gabfest in 2005. They have 17 programs currently in production covering everything from politics to culture, finances and parenting. While some shows are tied to the changing news cycle, others offer more evergreen-type content that has a longer shelf-life—something that is appealing to publishers who want to get more than one round of advertising dollars out of their programming. So how do you determine whether a news-driven podcast is right for your publication, or something with longer staying power?

Costing Out Your Podcast

“I think that’s a question that you want to have figured out at the beginning when you are conceiving the podcast,” says Roth. “Slate does a number of podcasts that are political and tied to the weekly news cycle. And then there are other podcasts that we have done for Slate Plus—the Slate Academy series and a number that our sister-organization Panoply has produced that are not tied to a news cycle, and that have a longer shelf life.”

Podcasts aren’t cheap to produce. Depending on production approaches costs can vary, but they all require staff time to research, write, record and mix. Some may be made for the sole purpose of extending your brand into another realm, or ad revenue may be a priority. Figuring out what you expect of any podcast in terms of audience numbers is something that needs to be nailed down in the planning stage.

“If you’re making a podcast that’s going to be sponsored by advertisers then presumably you have some idea of the cost structure and how much you can afford to spend on production,” Roth explains. “What we do at Slate Plus is supported by memberships, so if a podcast brings in a number of people who are going to become subscribers then that allows us to spend a little more than we would on a podcast that would only have a small audience.”

One of the challenges for podcasts over the years has been distribution. iTunes is the granddaddy of platforms, but podcasting has never been much of a priority for Apple, and as a result, publishers have very limited access to data related to who’s listening on that platform.

Because of limited data, advertisers have been slow to invest dollars into the medium. But that has started to change. While iTunes still dominates, more platforms are getting into the business. Google Play, Stitcher and SoundCloud all host podcasts, as does Slate’s sister company, Panoply, which is a distribution service as well as a podcast production house.

“So when General Electric wanted to make a sponsored science fiction drama show they worked with Panoply to produce The Message,” says Roth. “And they used the expertise that had been built up through Slate’s podcasting to do something that they had never done before editorially and GE certainly didn’t have the expertise to do. It was very successful and went to Number 1 on iTunes. So Panoply exists to make that expertise more broadly available outside of Slate.”

Register for Gabriel’s session at MagNet 2017.

Listen to the entire conversation with Gabriel Roth.