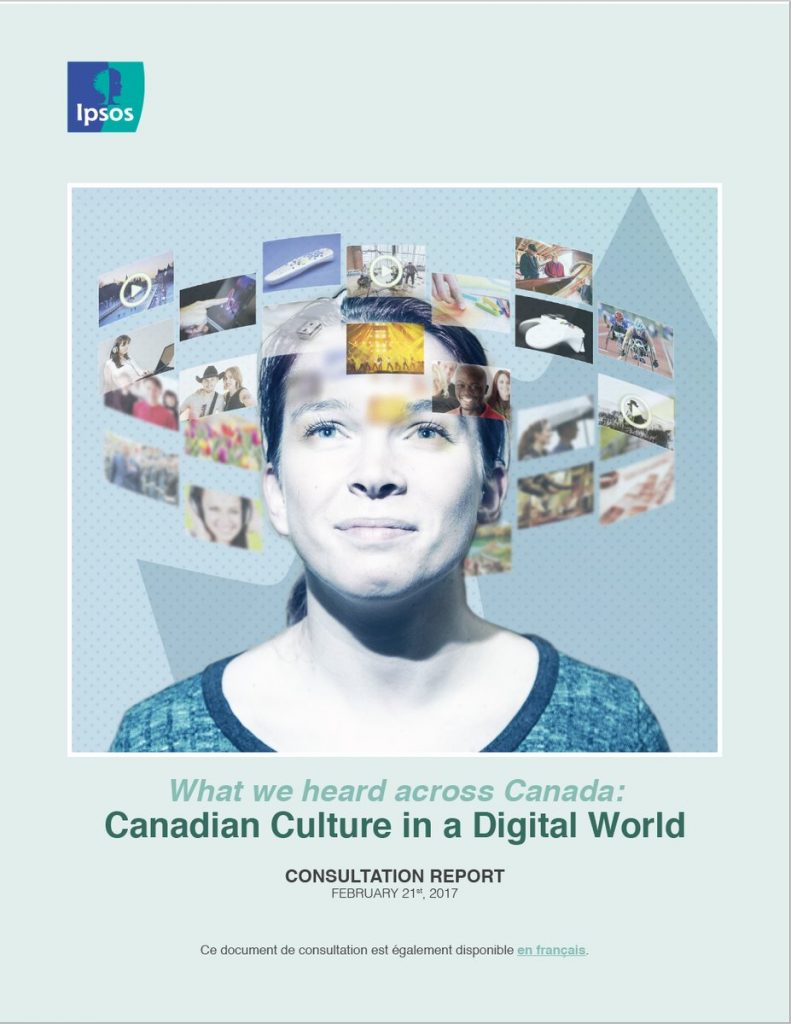 Canadian Heritage has released a summary of the public consultations held in 2016 around the department’s review of cultural policy and programs, called Canadian Content in a Digital World (or #DigiCanCon).

The report “offers a thematic overview of what was submitted by contributors,” which included members of the public and direct stakeholders in Canada’s cultural industries. Magazines Canada also made a formal submission to the consultations.

Summaries are also available by city: