As ad sales plummeted last spring, Inuit Art Quarterly ran a tight digital fundraising campaign that doubled its goal, pulling in more than $50,000 in two weeks. In this webinar, Publisher Alysa Procida and Editorial Director Britt Gallpen describe the magazine’s business strategy, which focuses on converting readers into donors and deepening their commitment to Inuit art. Learn the secrets for donor engagement that propelled this award-winning magazine to success. 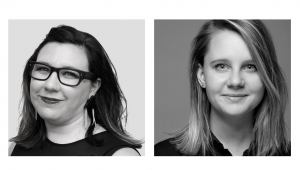 Alysa Procida is the Executive Director of the Inuit Art Foundation and Publisher of the award-winning Inuit Art Quarterly. Under her leadership, the foundation successfully launched several signature programs including the Igloo Tag Trademark, which protects artists from cultural appropriation and theft; the Inuit Artist Database, an unprecedented biographical resource for artists to receive support in creating online CVs; and the inaugural Kenojuak Ashevak Memorial Award, which supports an established Inuit artist in pursuing an artistic residency.

Britt Gallpen is a writer, curator and Editorial Director of Inuit Art Quarterly. Since 2016, she has expanded the magazine’s scope to examine circumpolar artists and contemporary practices, while paying particular attention to mentoring emerging Indigenous writers. In recognition of her efforts, she was awarded the Magazines Grand Prix’s Editor of the Year, Honourable Mention in 2017, while the magazine was shortlisted for the Magazine Grand Prix—Arts and Literary. This was followed by four nominations at the National Magazine Awards in 2018: Best Arts and Literary Magazine, Art Direction Grand Prix, Best Editorial Package and Best One-of-a-Kind Storytelling (silver).

HR Best Practices in 2023
Join Jenn Cox, National HR Director for the Six Pints Collective, in a discussion around 2023 employee trends and the HR activities & practical tips to managing and engaging the...
https://magazinescanada.ca/events/hr-best-practices-in-2023/