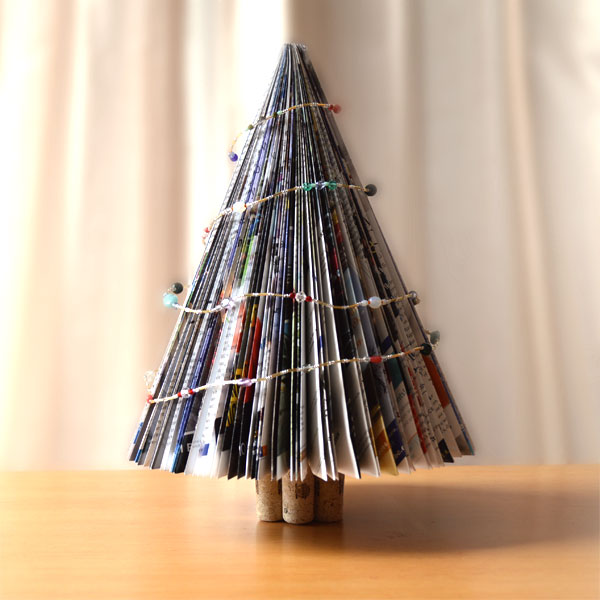 12 Reasons to Wish You a Joyous Listicle Season!

The signs are all there: it’s cold and the days are short, people are dashing to and fro chasing the evasive presents and ingredients they must find, and everyone’s pushing things off their desks and on to yours in preparation for the holidays… that’s right: it’s officially the Listicle Season.

Although the Listicle feeds off unwary Internet travellers throughout the year (sharing the world’s best beaches or the top-ten celebrity secrets for skincare) it truly comes into its own in December, emerging from its lair of click-bait and fake-news to reach us on every media platform. In December as the holidays near, from broadcast to print, it is clearly the time of the Year-in-Review and the Best-of-2016. Take cold comfort though that in only a week or two the Listicle will mutate into 2017 Prediction Articles and then soon fade back to social media platforms, where it will be quietly shared like a common cold.

Magazines Canada is no different: we are also susceptible to this seasonal imperative—this year in particular, as I look back on my first 12 months in the role of CEO. Here’s a quick recap of the year that was at Magazines Canada:

January—The New Year and a fresh start as I began my role at Magazines Canada, met our fantastic team and learnt a ton from my predecessor, Mark Jamison. There was also a new circulation catalogue for our newsstand clients: a great introduction to the diverse range of our Canadian magazines!

February—The Business Media Leadership Summit (returning in February 2017!) was a fantastic education event, and we were proud to announce that the Canadian Business Media Association had agreed to merge with Magazines Canada, providing a unified voice for this important member group. I also took part in the annual Canada Council strategic meetings with other National Arts Service Organizations in Ottawa, on behalf of our arts and literary members.

March—Magazines Canada hit the road: I attended the annual Alberta Magazines Conference and met more of our great members from Western Canada; we also partnered with the Ontario Media Development Corporation to lead an Ontario delegation to Berlin for the Digital Innovators Summit.

April—I spent a few days in Montreal to hold joint meetings with Quebec magazine sector representatives at AQEM, and took the opportunity to meet with many of our members in the area. The Magazines Canada Board of Directors also tasked its membership committee to begin a strategic review of membership, with an eye to how digital magazines and other media could participate more fully in Magazines Canada. [Ed: Read more in the 2016–17 Business Plan.]

May—Magazines Canada’s chair, Douglas Knight and I were called before the Standing Committee on Canadian Heritage to provide testimony for their study on news and local media. Later, I had the pleasure to meet some of our international colleagues while attending FIPP’s London conference (the next FIPP Congress will also be held there in October 2017) and took in some great sessions on the leading-edge of mobile media.

June—Wow. My first MagNet conference! 1,000 people joined us for dozens of incredible speakers and workshop sessions, innovations in print, digital, mobile and social platforms, and some great networking as well. In fact, MagNet was so awesome that we decided we couldn’t wait another year so this year so this year we’ll be holding it in April in 2017—hope to see you there!

July—We kicked off Canada Day with our new national consumer marketing campaign, including the “Magazine Mashup” videos where worlds collide, literally! (Missed it? Check it out here.) Later in the month, the Ontario Ministry of Tourism, Culture and Sport released Ontario’s first-ever culture strategy, which Magazines Canada and our members had provided input on.

August—We built on the momentum of our marketing campaign with our #MagazineMoments consumer e-newsletter, featuring stories from our members. And Vividata released its first quarter study of Canadian consumers, finding that magazines reach 9 out of 10 adults every week and print remains the dominant platform for most Canadian magazine readers.

September—Back to school, back to the Street (Word on the Street, that is) and back to the Hill: Canadian Heritage opened the second phase of its major consultation on “Canadian Content in a Digital Age: and Magazines Canada participated in numerous member and industry briefings and sessions through the fall. We also launched the new Canadian Magazine Awards / Grands prix du magazine (submissions are now open!)—a focused celebration of excellence in magazine media across all platforms.

October—The Magazines Canada Board held its Strategic Retreat and five-year planning session in Ottawa, meeting with key Members of Parliament and Heritage officials, while staff members participated in the Arts Day on the Hill lobby effort. Also in October, our popular Travelling Consultants Program returned!

November—In November, after months of hard work, we launched our brand new website (hope you’re enjoying it) and finalized our detailed submission to Canadian Heritage’s “Canadian Content in a Digital Age” consultations.

December—A short month so far, but a lot to share nonetheless: the Magazine Grands Prix awards submissions officially opened (have you sent in your best yet?), we announced a new partnership with MediaRadar, and published an updated Digital Magazine Media Fact Book, with trends and insights for everyone from advertisers to sales reps. Also this month, we and our friends at the Literary Press Group welcomed PEN Canada to our offices—they do important and meaningful work for writers and journalists and it’s great to have them join us!

It’s certainly been a full and rewarding year: it is such a pleasure to work with and represent the diversity of Canada’s magazine sector: spanning print and digital, arts and literary, multi-ethnic, local and national news, entertainment, and professional and trade titles—we are the voices and the villages that make up Canada. And, in 2017 we’re excited about…

…a lot, really, but that can wait for a little while longer. In the meantime, wishing all of you a safe, warm and relaxing holiday on behalf of the whole team at Magazines Canada!